ENID, Okla., Oct. 5, 2016 Former Merrill Lynch star broker Keith Schooley isn't shocked at all by the antics happening over at big bank Wells Fargo. In fact, he says, "It's déjà vu all over again." A new screenplay based on Schooley's days at Merrill in '91-'92 is now circulating in Hollywood. The screenplay written by two Hollywood pros dramatically captures Schooley's experiences as told in his book Merrill Lynch: The Cost Could Be Fatal - My War Against Wall Street's Giant. In the book, Schooley alleged extensive corruption at the firm that was covered up by senior management and the board of directors that resulted in termination of his employment and litigation that went all the way to the Oklahoma Supreme Court and Tenth Circuit Court of Appeals. The screenplay is represented by veteran entertainment lawyer Jay Shanker. Schooley's 2002 book was a cautionary tale illustrating how careless and greedy stewardship [...] 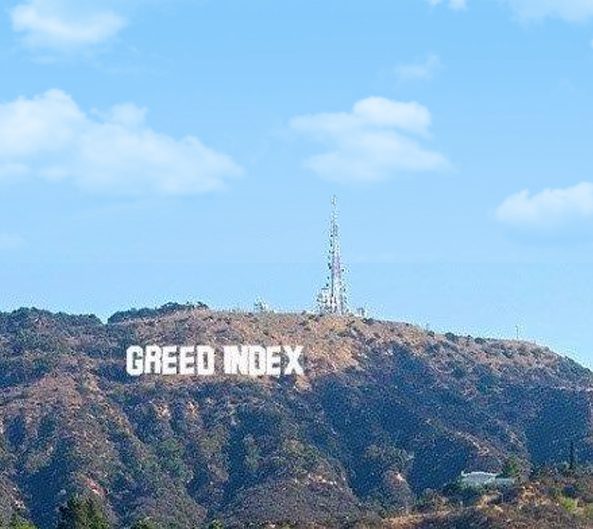 ENID, OKLAHOMA, Sept. 17, 2014 The screenplay based on the true story Merrill Lynch: The Cost Could Be Fatal—My War Against Wall Street's Giant, by Keith Schooley, is gaining attention from potential backers due to the recent surge of lawsuits and settlements against the firm that today is no more than a unit of Bank of America. Greed Index, written by acclaimed investigative reporter Chandra Niles Folsom, recounts the lead up to the collapse of Merrill Lynch as told by Schooley—a former top selling broker at the company, who exposed gross fraud and corruption there. A recent Fortune article reported that the firm is paying nearly $100 million in settlements related to overcharges to mutual fund customers' retirement accounts and to charities. That news took a back seat when the Justice Department announced a record breaking $17 billion settlement had been reached with Merrill's parent company related to fraudulent marketing of mortgage-backed [...]

NEW YORK, NY, Sept. 17, 2012 A recent review in Futures Magazine of the screenplay Robber Barons of the Big Board, suggests that a former Merrill Lynch stockbroker may have played a key role in bringing "this titan of Wall Street to its knees and into the unwilling arms of Bank of America." The script, currently being pitched to the film industry, could be the next chapter in revealing Wall Street's egregious role in tanking the U.S. economy by knowingly cheating millions of trusting investors out of their life savings. According to reviewer Patrick Kelly, the script written by Chandra Niles Folsom, "cleverly and entertainingly charts one man's crusade against Merrill Lynch & Company." The story's protagonist Keith Schooley, wrote his book Merrill Lynch: The Cost Could Be Fatal - My War Against Wall Street's Giant to expose an astonishing litany of wrongdoing and downright illegal acts perpetrated by the firm's management [...]

ENID, Okla., Nov. 8, 2011 A new feature screenplay based on the Keith Schooley classic, Merrill Lynch: The Cost Could Be Fatal - My War Against Wall Street's Giant, is being pitched to Hollywood in tandem with the Occupy Wall Street movement. Robber Barons of the Big Board, written by acclaimed investigative reporter Chandra Niles Folsom, reveals what happens when an idealistic rookie stockbroker notices unlawful business practices at America's most trusted financial firm and turns whistleblower. Alternating between small town Oklahoma and big city New York, a cast of unforgettable characters find their worlds colliding as the U.S. economy melts under the searing heat of greed and corruption fed on a steady drip of Bush/Cheney policy steroids. Several top U.S. production companies, A-list actors and an independent film producer in the Arabian Peninsula have shown interest in the work, which Schooley hopes to have in production by next year. Among others [...]

ENID, Okla., March 16, 2010 Keith Schooley, a former star financial consultant with Merrill Lynch who exposed widespread corruption at the firm prior to its collapse and acquisition by Bank of America, has been added to a prestigious publishing list in China. Shanghai University of Finance and Economics Press (SUFEP) (www.sufep.com), with annual sales of more than 90 million RMB, has just completed translation of Schooley's groundbreaking book Merrill Lynch: The Cost Could Be Fatal – My War Against Wall Street's Giant for sale in China. Schooley's book exposes extensive corruption at Merrill Lynch including an unlawful widespread cheating scandal involving members of management and a multitude of financial consultants covered up by senior management and the board of directors—even after Schooley met with them to present his findings. Additionally, the author indicts regulators for their abysmal failure to regulate and reveals inherent flaws in self-regulatory sponsored binding arbitration. Joining such famous [...]

ENID, Okla., January 27, 2009 Keith Schooley, author of Merrill Lynch: The Cost Could Be Fatal – My War Against Wall Street's Giant, says that Bank of America chief Ken Lewis could have benefited from reading his book before committing to purchasing the failed Merrill Lynch. "Had he done that he would have discovered the inherent duplicity in Merrill Lynch, ranging from brokers to senior management and the board of directors," says Schooley, who first blew the whistle on corruption and unethical practices at Merrill during the 1990s. Many in the financial world are now wondering if Merrill's former CEO, John Thain, may have intentionally duped Lewis in the just-completed transaction, and furthermore misled Merrill's shareholders regarding the condition of the firm, last year. Schooley's landmark book, a harbinger of the ensuing culture of corruption on Wall Street, might have put Lewis on notice that something was terribly wrong at the once [...]

ENID, Okla., October 21, 2008 Keith Schooley, a former star financial consultant with Merrill Lynch, warns Bank of America CEO Kenneth Lewis that he may soon experience buyer's remorse over his acquisition of Wall Street's fallen idol. "I spoke out publicly last November in response to Merrill Lynch's involvement in the nation's sub-prime mortgage crisis and predicted, when no others did, that the firm was on the verge of almost certain collapse," says Schooley, whose pioneering 2002 book Merrill Lynch: The Cost Could Be Fatal – My War Against Wall Street's Giant is nearing completion of translation for the Asian market, where Wall Street bailouts have become commonplace in recent years. As the list of failed US banks continues to grow, Schooley wonders why Bank of America would risk weakening its position in the fragile industry by merging with a company with a history of improper and unethical behavior. "It did not [...]

ENID, OKLAHOMA, November 8th, 2007 Keith Schooley, author of the critically-acclaimed book Merrill Lynch: The Cost Could Be Fatal - My War Against Wall Street's Giant (Lakepointe Publishing) and former star financial consultant with the brokerage firm, warns that corrupt conditions, similar to those created by Enron's top management, are now emerging at Merrill Lynch. Last week, shares of Merrill Lynch plunged 11.4% to $55.10 upon reports that the firm had suffered one of the largest Wall Street losses in history. The $7.9 billion write-down, resulting from its mortgage-related trouble, came after projecting a few weeks earlier that the write-down would be $4.5 billion. Within days, the firm ousted Chief Executive Stan O'Neal. "Merrill Lynch must do more than simply change the window dressing at the top and the board of directors needs to look in the mirror for their own failures and really clean house in order to escape almost certain [...]

New York, 04/04/07 Keith Schooley, a former star financial consultant with Merrill Lynch, has signed a contract with a major publishing house for the translation and international distribution of his groundbreaking book Merrill Lynch: The Cost Could Be Fatal – My War Against Wall Street's Giant (2002, Lakepointe Publishing). This expose′ of corruption and conspiracy on Wall Street strikes at America's very foundation. According to the author, publication details will not be announced prior to distribution, due to past coercion by the brokerage house whose unethical practices were exposed by Schooley in a book that set the stage for Merrill Lynch's downfall from grace. His manuscript, too explosive for even Lloyd's of London, provides a detailed account of his struggle to expose internal misconduct and cover-ups at the firm. Although Schooley's relentless courtroom battles have not yet rewarded him with justice, a subsequent inquiry pursued by former New York State Attorney General [...]

Merrill Lynch’s Silence is Tantamount to Admission of ‘Guilt’

Merrill Lynch’s Silence is Tantamount to Admission of ‘Guilt’

ENID, Okla., 06/10/03 The one-year statute of limitations for a defamation action by Merrill Lynch against author, Keith Schooley, has run. In his book, Merrill Lynch: The Cost Could Be Fatal–My War Against Wall Street's Giant (2002, Lakepointe Publishing, 282 pp.), Schooley alleges wrongdoing at Merrill Lynch ranging from brokers to senior management, including two cover-ups of a widespread cheating scandal. He also alleges that the firm employed deceptive practices during a judicial proceeding; made misrepresentations to regulators; and has a corrupt corporate culture. "Merrill Lynch's silence concerning my allegations is, in my opinion, tantamount to an admission of ‘guilt'," Schooley says. "Why else would a company that people are supposed to trust with their money not defend the reputation of its franchise name?" Schooley recently sent a letter to the SEC urging it to examine what he believes is the clear failure of Merrill Lynch's outside directors to appropriately respond to [...]